The fine wines of Veneto

Veneto is a region rich in history, culture and traditions, and locally produced wine is a faithful witness. Appreciated already by the ancient Romans, Veneto wine has never lost value over time, indeed it has been further acquired, developing an excellent winemaking apparatus which includes red and white wines, in addition to prosecco and high quality rosé wines. With 28 DOC and 14 DOCG productions, Veneto wine has established itself on the international market with its fascination and refinement, as well as its timeless value.

The best Venetian labels and its vines

The local vines are found above all in the flat areas which are rich in streams, in the hilly areas with fertile soils and mild climates, as well as in the volcanic territories. Following is an overview of the vines, the most sought after bottles and the sensations that every wine can give.

In terms of quantity, the main grape variety is definitely Prosecco with an area of ​​about 18 thousand hectares, of which 97% is destined to DOC area and a production that covers 23% of all Veneto viticulture. A large part is concentrated in the province of Treviso where the climate is warm and temperate, and there is almost constant rainfall. Valdobbiadene Prosecco Superiore is certainly among the most popular and requested bottles: with a typical straw yellow color and fruity and floral notes, this prosecco has a delicate and harmonious taste, sweet as the emotions it transmits.

The second most common is always a white: the Garganega vine. It covers almost 11 thousand hectares, of which 9 thousand are DOC that are concentrated mainly in the province of Verona. The climate is typically continental with very hot summers and cold winters, and there is constant humidity. Soave DOC is certainly among the most appreciated wines of this vine, with a straw yellow color that has golden reflections. To the nose arrive floral notes accompanied by hints of apple, pear and lavender. The taste is dry and medium bodied, aromatic but fresh at the same time. "Soave" is the most suitable term to describe the sensation that it delicately leaves.

The most requested Venetian wines

Merlot is the third most widespread vine, with a black berry and a surface covered by 9650 hectares. It does not have a precise province and is distributed everywhere in the Veneto territory, with 46% of DOC being produced from Merlot. Merlot Cabernet is one of the most requested bottles: with a ruby ​​red color, the notes of red berries and ripe fruit blend perfectly with those of vanilla and oak and arrive to the nose with a pleasant precision, while at the palate it releases fruity and velvety scents. It is a wine of body and also of soul.

In fourth place for diffusion, but absolutely not for quality, is the black Corvina vine cultivated on 7500 hectares, mainly in Verona, and the totality of the surface is DOC. Amarone della Valpolicella is the Venetian red most appreciated by the market and takes its place from this grape variety. Amarone is certainly an important wine, to the eyes it has a strong red color and to the nose it arrives with strength. To the palate the taste is velvety and fruity, but at the same time full. The wine’s personality exceeds time: it can be kept for years without losing even a touch, that is why there are several bottles among the fine wines for collection. 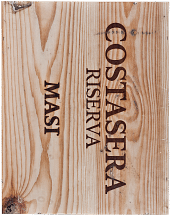 Get 10% DISCOUNT for your exclusive wine list. Valid on everything except on collection and investment bottles.

This site uses cookies and other tracking technologies to assist with navigation, analyse your use of our products and services, assist with our promotional, and provide content from third parties. Read More
Ok