€419.00
Collectible and Investment wine: promo/coupon not applicable
5/5
1 Review Write Your Own Review 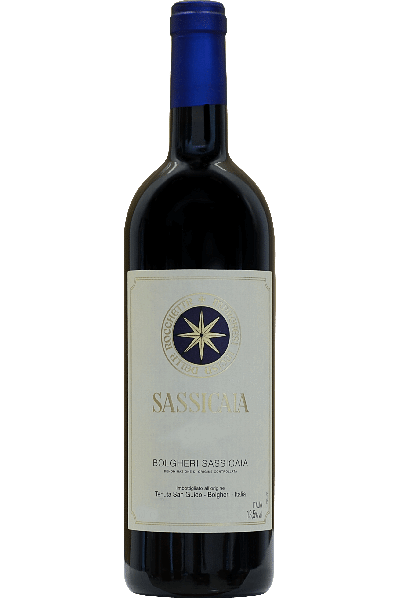 Sassicaia was born from the idea of the Marquis Mario Incisa della Rocchetta, who in the 1940s wanted to make a Bordeaux wine in the Livorno Maremma, planting cuttings of Cabernet Sauvignon and Cabernet Franc on the Bolgheri estate, in the arid and pebbly Sassicaie.
The "magical" combination of soil, grape variety and climate proved to be so successful that it became an increasingly sought-after product at an international level, right up to the present day. One of the kings of Italian wines. 2013 is one of the historic vintages.
The color of Sassicaia Tenuta San Guido 2013 appears as a light ruby red. A great wine, a fine wine that shows a dense core of pure ripe black currants, fruit flavors and aromas with smoky notes of cedar, tobacco and vanilla for a very refined acidity and an elegant, finely integrated tannic structure. Among the most sought-after wines online Sassicaia of 2013 is a year highly sought after by lovers of fine wines.
To be combined with second courses of game and first courses with important meat sauce sauces.

Trustpilot
This site uses cookies and other tracking technologies to assist with navigation, analyse your use of our products and services, assist with our promotional, and provide content from third parties. Read More
Ok